Does anybody to know if Stellar support maximal ratio combining (MRC) ?
Thanks 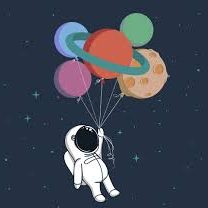 Hey,
The short answer is YES but because MRC is an end device capability since it is employed where the number of receive antennas is greater than the number of spatial streams in the transmiter side. MRC requires no coordination between transmitter and receiver, it is an internal technique used by the receiver. Most current 802.11n chips use MRC.
So, therefore MRC is not about the AP but the receiver devices (phones, laptops, IoT devices). Since MRC is related to the number of Spatial Streams the answer to that will depends on what AP model are you using like 4x4:4 (four spatial streams) or a 2x2:2 (two spatial streams) and the most relevant question is, does the customer has some end device with more than 2 or 4 antennas? probably the real world answer is very very few of the customer devices will support more than 4 antennas so in that case MRC is totally irrelevant to be considered specially when we are talking of 802.11ac Wave 2 technology with MU-MIMO, MRC was needed few years ago with 802.11n to avoid the negative impact when a multipath occurs which is not the case with the SU-MIMO or MU-MIMO technologies.
Hope this can help